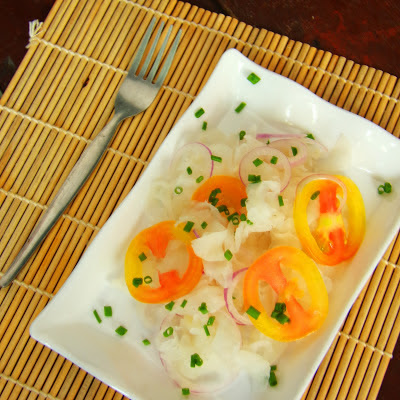 Ensaladang labanos or  radish ensalada is a thinly sliced radish mixed with onion, garlic and tomatoes.  It compliments well with fried foods specially fish.  I can’t get enough of this specially when this is paired with fried fish.  I could plenty of rice when this is served.  I remember a friend of mine who tasted it and said that it’s like Pinoy version of the Korean kimchi.

This radish ensalada dish smells really pungent and one will surely react in disgust if you pop this in the fridge.  But don’t be fooled by its pungent smell or should I say beautiful aroma because it’s really taste good.  It has this earthy spicy flavor that is best served cold to give this cool spicy flavor.  When served cold, the cool temperature and spiciness of the radish gives this refreshing feeling the seems to balance the richness of fried food. 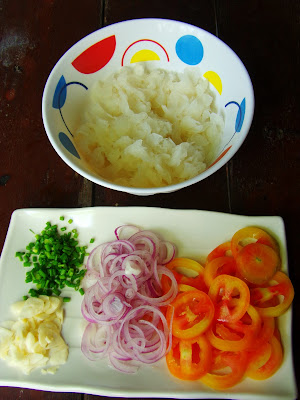 2.  Thinly sliced the onion and tomatoes  (seeds included – the seeds and juice of the tomatoes will keep the ensalada moist and flavorful).  Gently crushed the garlic and slice thinly.