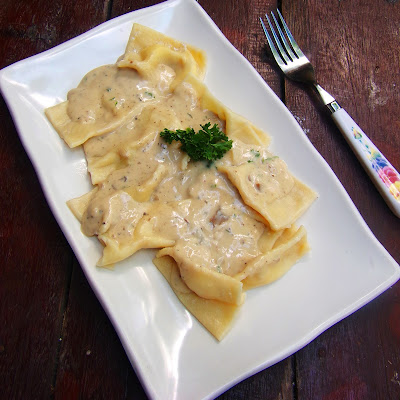 Ravioli is an Italian stuffed pasta served with broth or pasta sauce.  The filling is sealed between two sheets of fresh egg pasta.  Interesting is it not?

I never had this Italian dish but I’m so much interested in doing it ever since I saw it in Master Chef Episodes.  The thing is, it’s done using fresh pasta sheets and not just ordinary pasta sheets but thin pasta sheets.  I thought it is impossible to do it without pasta maker but like Jamie Oliver said in his blog that Italian women do it using their rolling pin, and so I did this New Year’s Eve.

I made fresh egg pasta using Jamie Oliver’s recipe.  However, I find it to dry and difficult to work with so I added about a fourth cup of olive oil and some tablespoons of water for easy kneading and handling.  For the filling, I used a bar of cream cheese, creamed until smooth.  I added some chopped canned button mushrooms, chopped ham and mashed canned sausage.  The sauce is made of two cans of cream of mushrooms, 2 bricks of all purpose cream, some chopped parsley and seasoned it with Italian Seasonings. 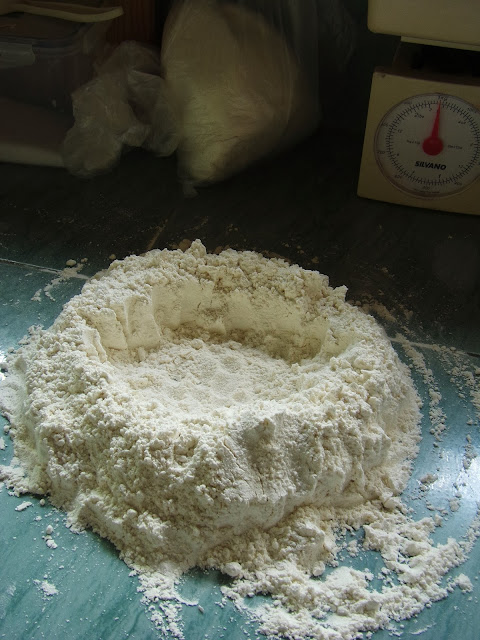 Form a well at the center of the flour. 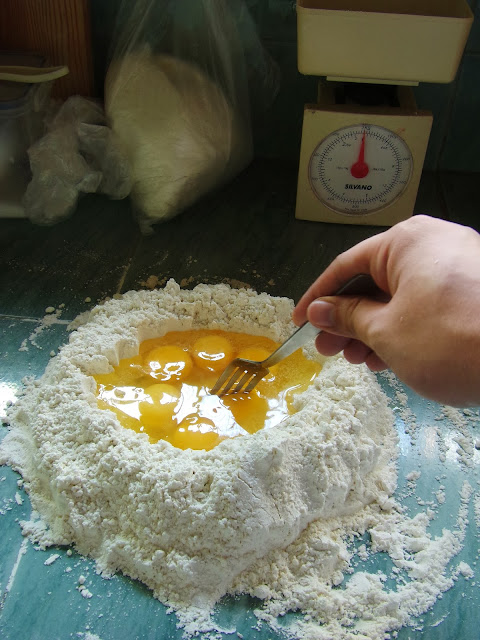 Cracked the eggs, olive oil and water at the center of the well.  Beat the egg mixture with a fork until smooth.  Using the tip of your finger, mix the egg mixture with the flour, incorporating little at a time until everything is well combined.  Knead the dough until smooth.  Cover with a damp towel or with a cling wrap for about an hour.  This allows the dough to rest. 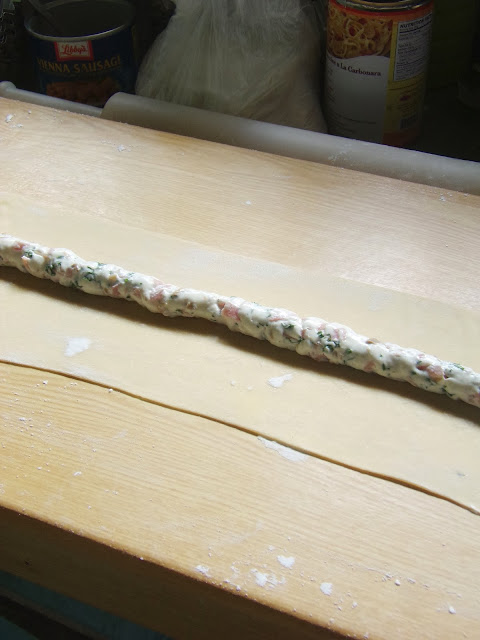 Lightly floured your kneading surface.  Take a quarter part of your dough and using a rolling pin, roll it out until you get the thinnest sheet.  Always floured the surface or you will ruin the sheets.  Pipe your filling at the center and fold the sheets. 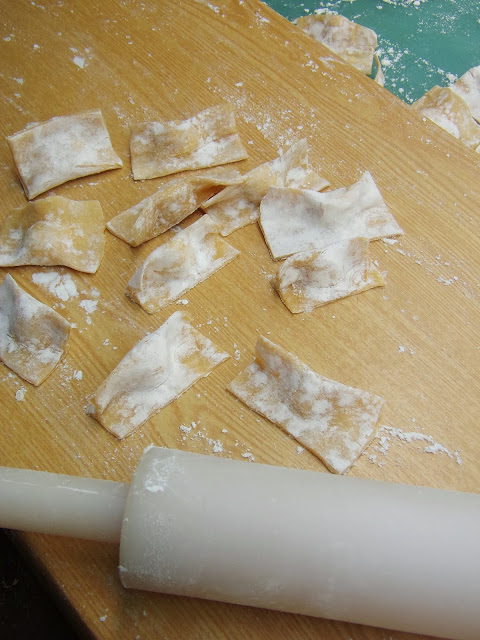 Press the pasta sheet so you will get an inch or so sized of the filling.  Be sure that the side are properly pressed or else you will loose those fillings to the boiling water.  Sprinkle some flour on the ravioli to avoid sticking.

To cook, simply boil some water and dropped the ravioli.  Simmer for 5 to 7 minutes or until the ravioli is done.  Add in the mushroom sauce and serve.

Filling:  Using an electric mixer, cream the cream cheese until smooth.  Add the chopped mushrooms, ham and mashed sausage.  I placed the filling in a piping bag in piping the filling on the pasta sheet.