Polvoron is a Filipino milk shortbread cookie.  It is made by toasting the flour and adding sugar, milk and melted butter.  You can also add nuts, pinipig or even Oreo Cookies.  Then the mixture is pressed with polvoron molder (see above photo) and wrapped with cellophane or Japanese paper.  Today, this simple treat can be found in some bakeshops and even a business is dedicated in selling this treat, take House of Polvoron (H.O.P.) for example.

It’s funny how this powdery sweet treat sticks on my palate and gums whenever I ate this.  I also remember that there’s a parlor game based on eating polvoron.  The contestant would eat some polvoron and will whistle and who ever made the first sound wins the contest.  It’s funny how the contestant are having hard time making a sound.  They would sometimes cough or the powdered polvorn would come out from their mouth.  Can you imagine whistling with some powdery sweet treat sticking to your palate and gums?  Difficult right?  To those winners of polvoron contest, I salute you!

It’s been years since I made polvoron.  I don’t know why, but one Friday afternoon while walking in the mall, I pass this kiosk of polvoron in a mall and told to myself that it’s been years when I made this one.  I even forgot where I placed my polvoron molder.  Luckily my mom has a spare of new polvoron molder, which I bet she’s been keeping for years.  See, we are not polvoron-making lovers.  We love polvoron but I think we are too lazy to wrap it.

I bought the ingredients last week because I thought I could make it last week but I got tired of some of my weekend activities that I decided to make it the following week, which is today.  I suggest buying quality butter and milk since those two ingredients will really standout in this recipe.

I still have this bag of cashew which my mom brought last Christmas and I’m really storing it in the fridge to keep it from turning rancid.  You can roughly chopped this up and add to the polvoron base but in my case I decided to grind it in the blender until it’s in powder form before adding to the polvoron base.  In my previous recipe of Cashew Empanada I found out that ground cashew is a lot tastier than the coarsely chopped one.

For this recipe, I used powdered sugar instead of the regular granulated sugar to have this smooth powdery feel of the polvoron.  You can use regular granulated sugar but I find the feeling too rough in my palate.  I initially used a cup of melted butter but I had troubles in molding it so I added another half cup of melted butter which turned out great.  This is not for those people who are in a diet.  This is luxuriously fattening and buttery delicious.

Heat wok to low heat and add the flour.  Toast the flour until light gold in color or when you taste the flour it should taste toasted and not raw.  You should continuously mix the flour to not burned it.  Add powdered sugar and continue mixing for another 3 minutes.  Add the milk powder and mix for another 3 minutes.  Add ground cashew and mix until the cashew is well incorporated.  Add the melted butter and mix until it resembles a wet sand consistency.  Cool to room temperature and keep in the fridge for two hours before molding. 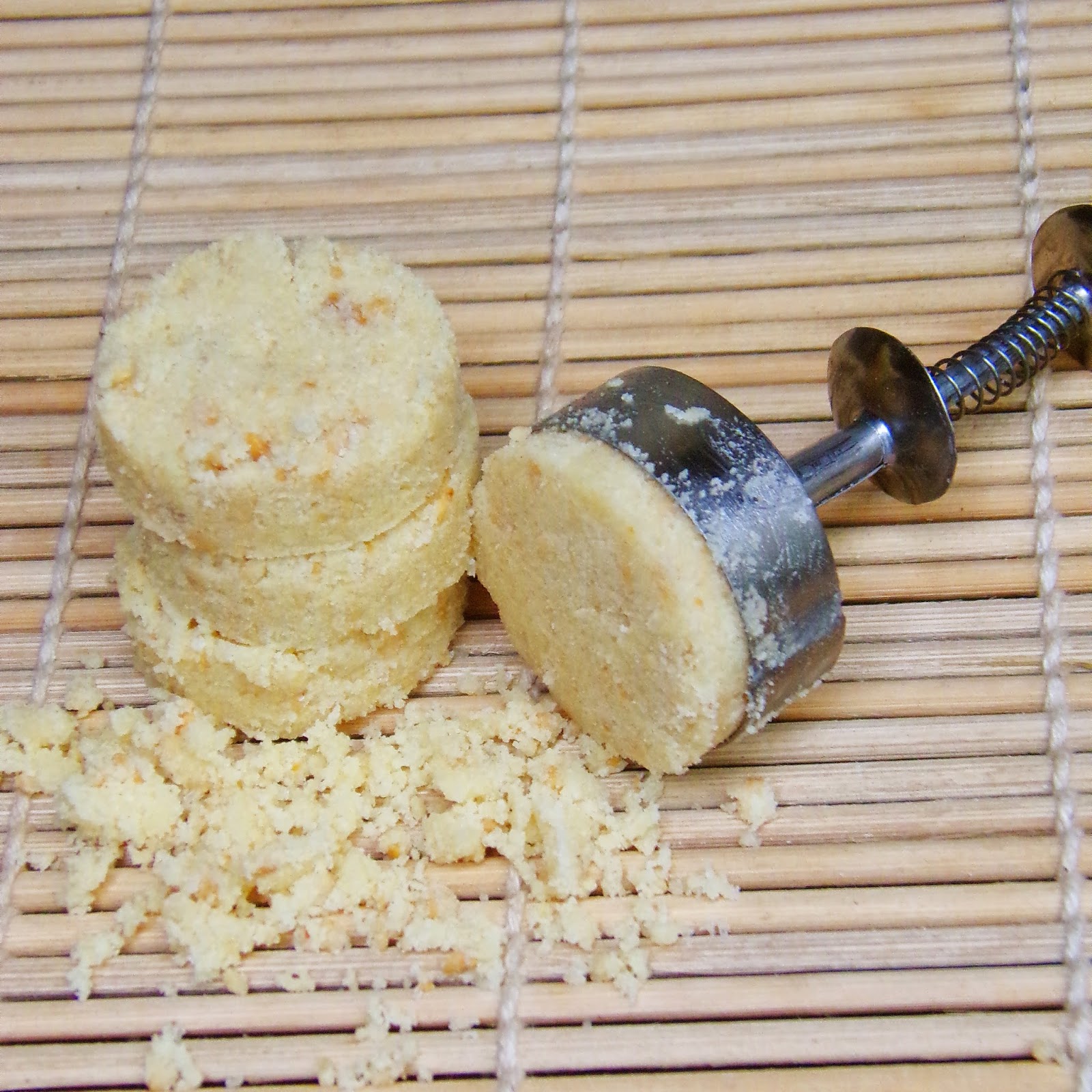