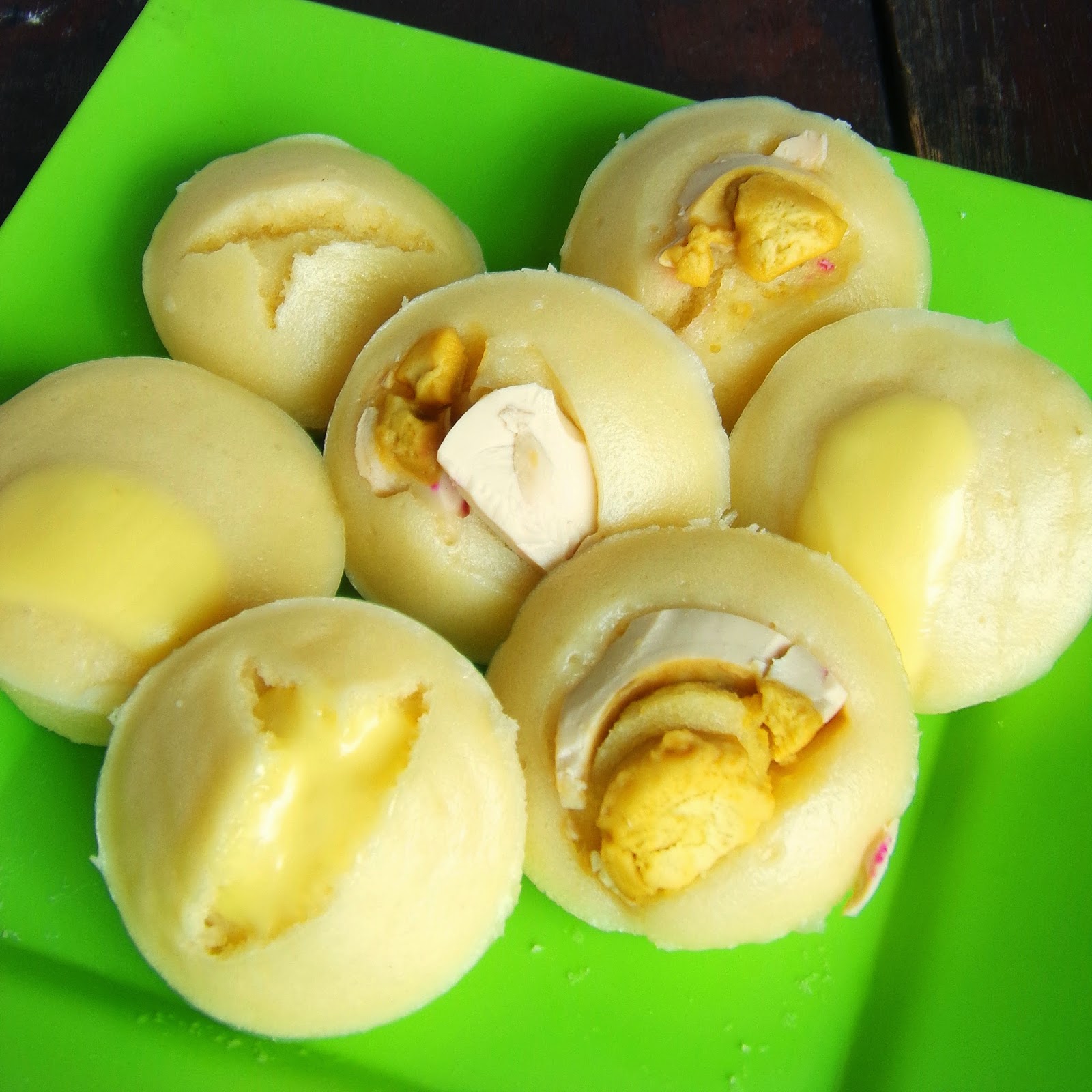 Steamed puto is a staple dish in town fiestas usually served with pancit (the way I like it) or dinuguan or pork blood stew (the way most people enjoys eating it with).  Steamed puto is a steamed rice cake with so many variations throughout the Philippines.  Different provinces has their own version of steamed puto.  Though, it is traditionally made with galapong or powdered rice, you can also use flour to make it.

Steamed puto can be made into small cup-sized version or the bigger ones  bilao-sized version.  It is commonly topped with cheese or sliced salted egg.  I guess the saltiness of the cheese and salted egg compliments the sweet taste of puto.

I don’t know what comes to me and I had a sudden cravings for steamed puto.  Well, I was walking last Friday in this mall and I saw this tarpaulin of buttered puto made by a fastfood chain.  I just imagined how this traditional puto would taste with the rich taste of butter and that’s it.  I made up my mind and I will made some puto this weekends since we don’t usually cook this.

My mom loves steamed puto and she attempted several times but turned out to be a disaster.  She was able to make this flat puto version which looks like a cross breed of puto and kutchinta.  A very soft puto that looks like a pudding and many more version.  I like my puto to be moist, firm and springy when you touch.  I want to see that crumbs when you pull it apart.  Ofcourse, I prefer nice melted cheese than sliced salted egg.  The cheese must be quick melt cheese and not that kind of cheese that is inteded for pandesal. 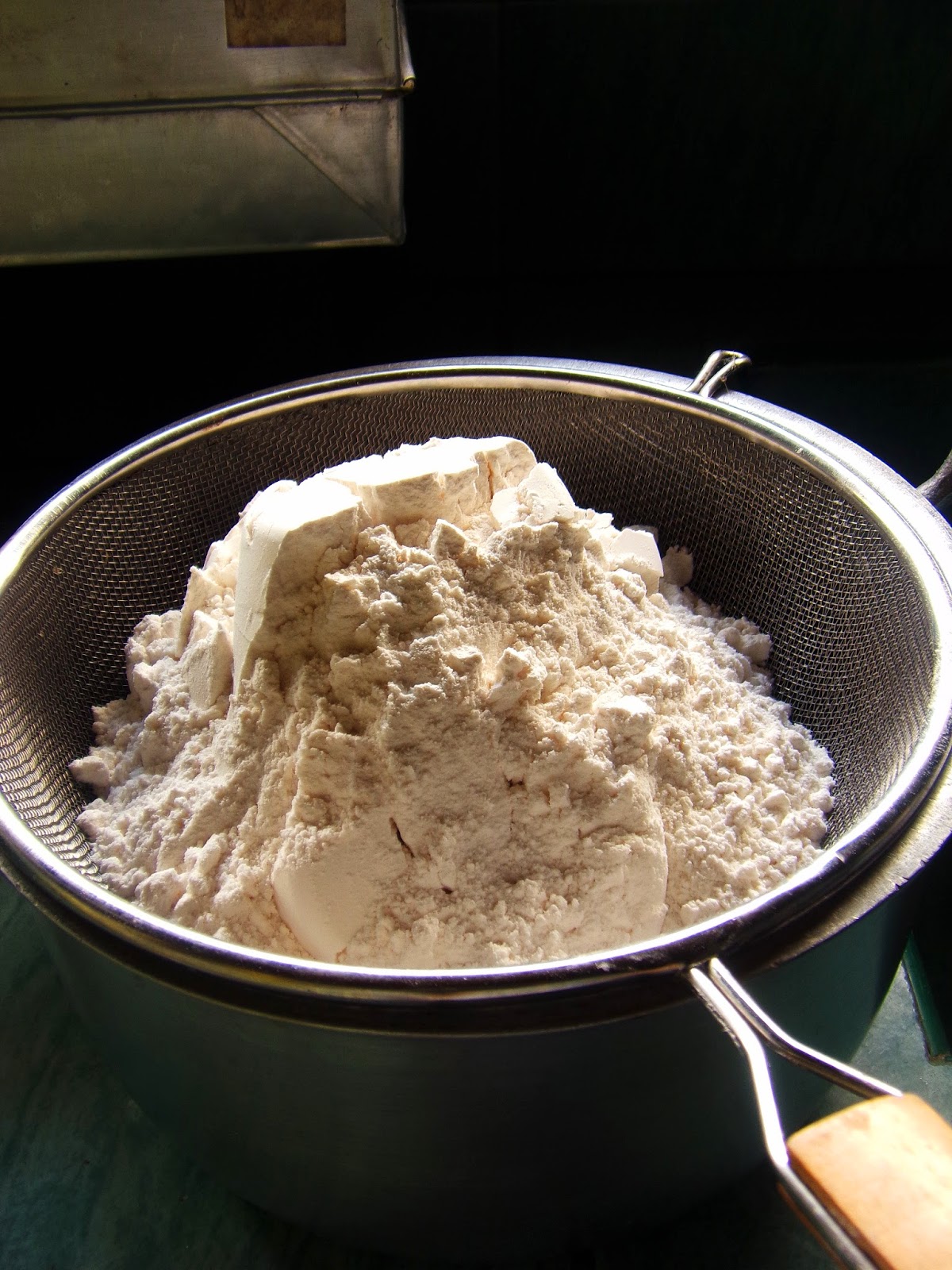 Sift sugar, baking soda and salt.  Give it a quick whisk and form a well at the center of the dry ingredients. 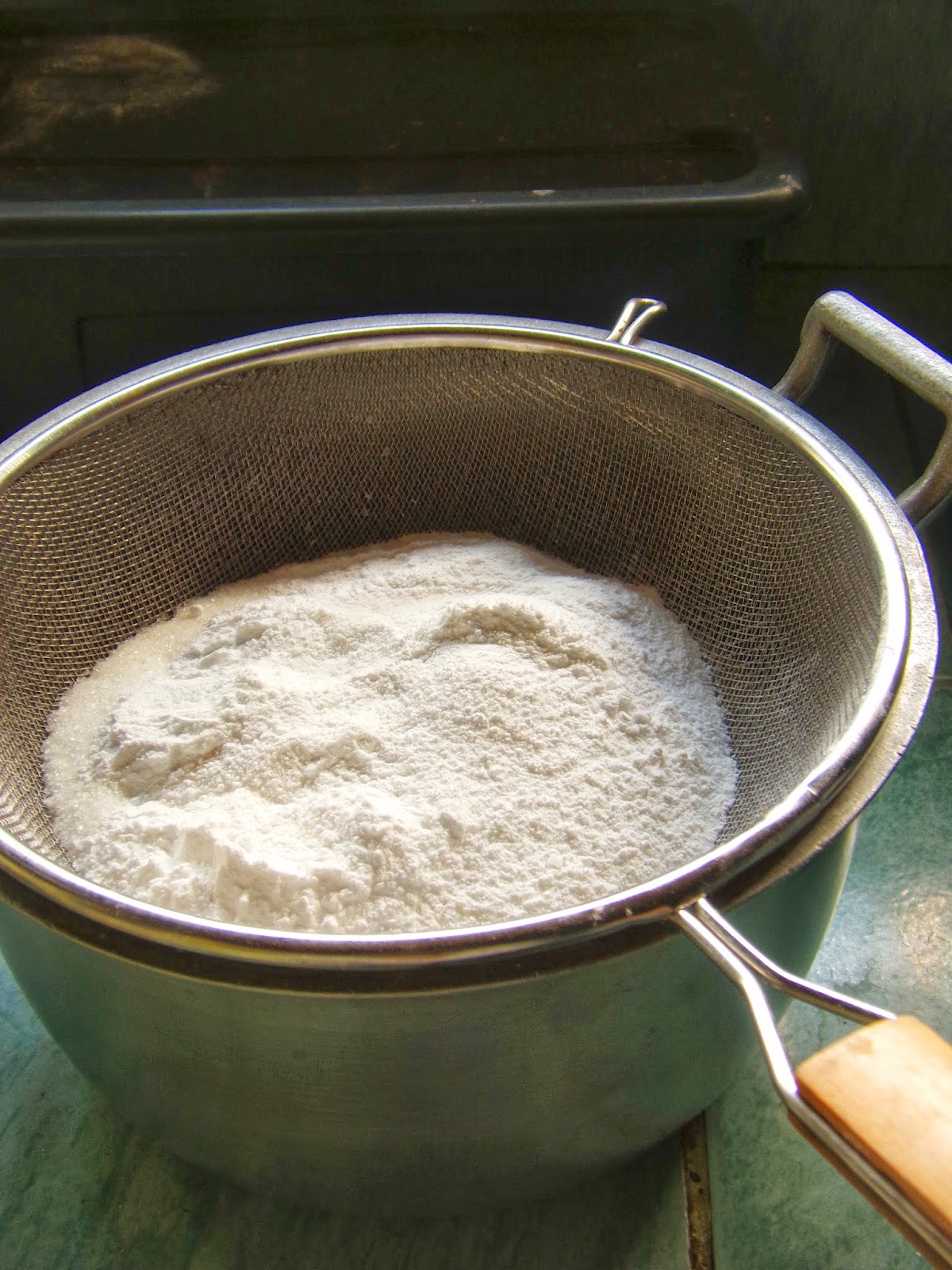 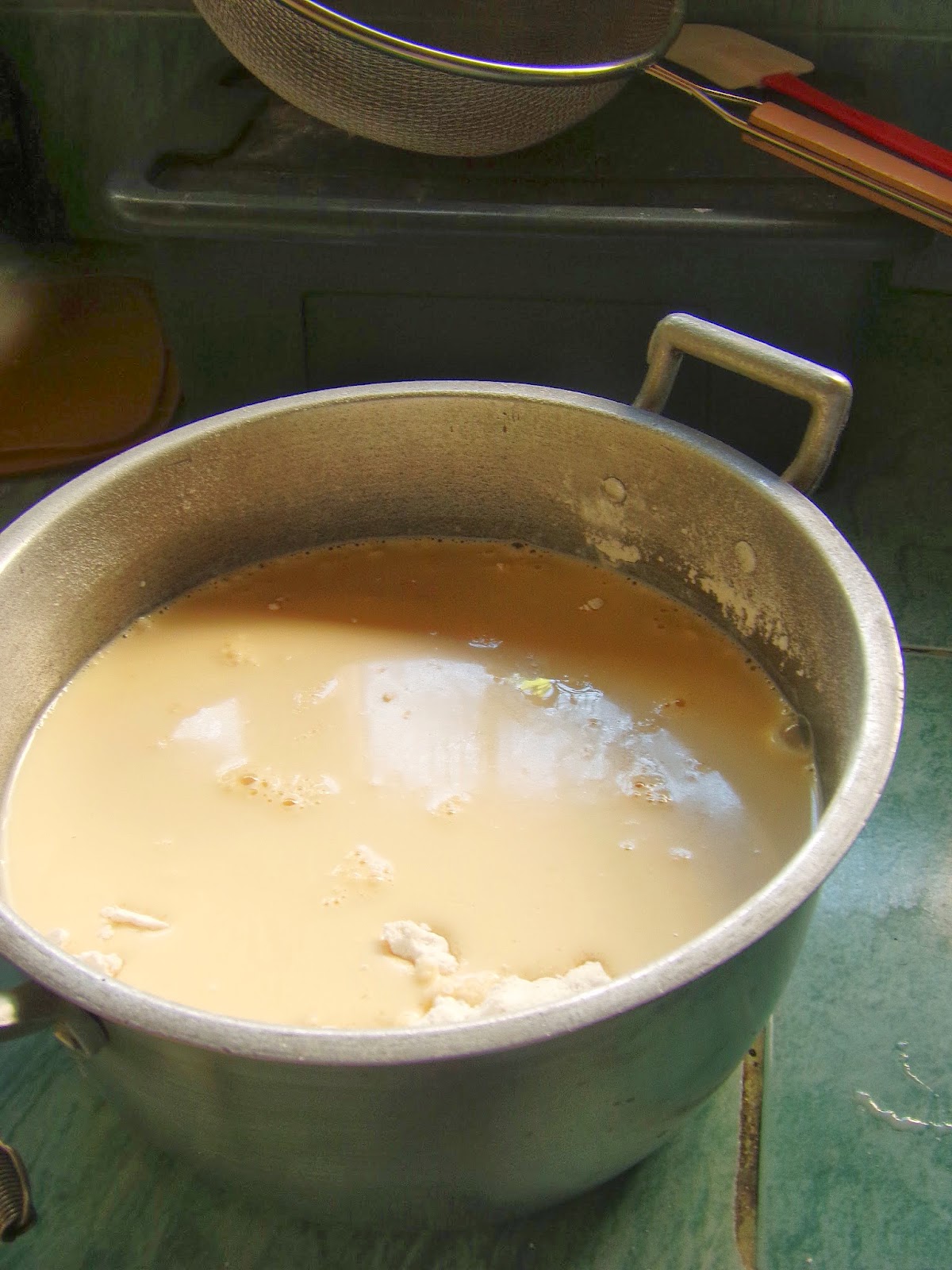 Add melted butter and the extract.  Mix until you form a smooth and lump-free batter. 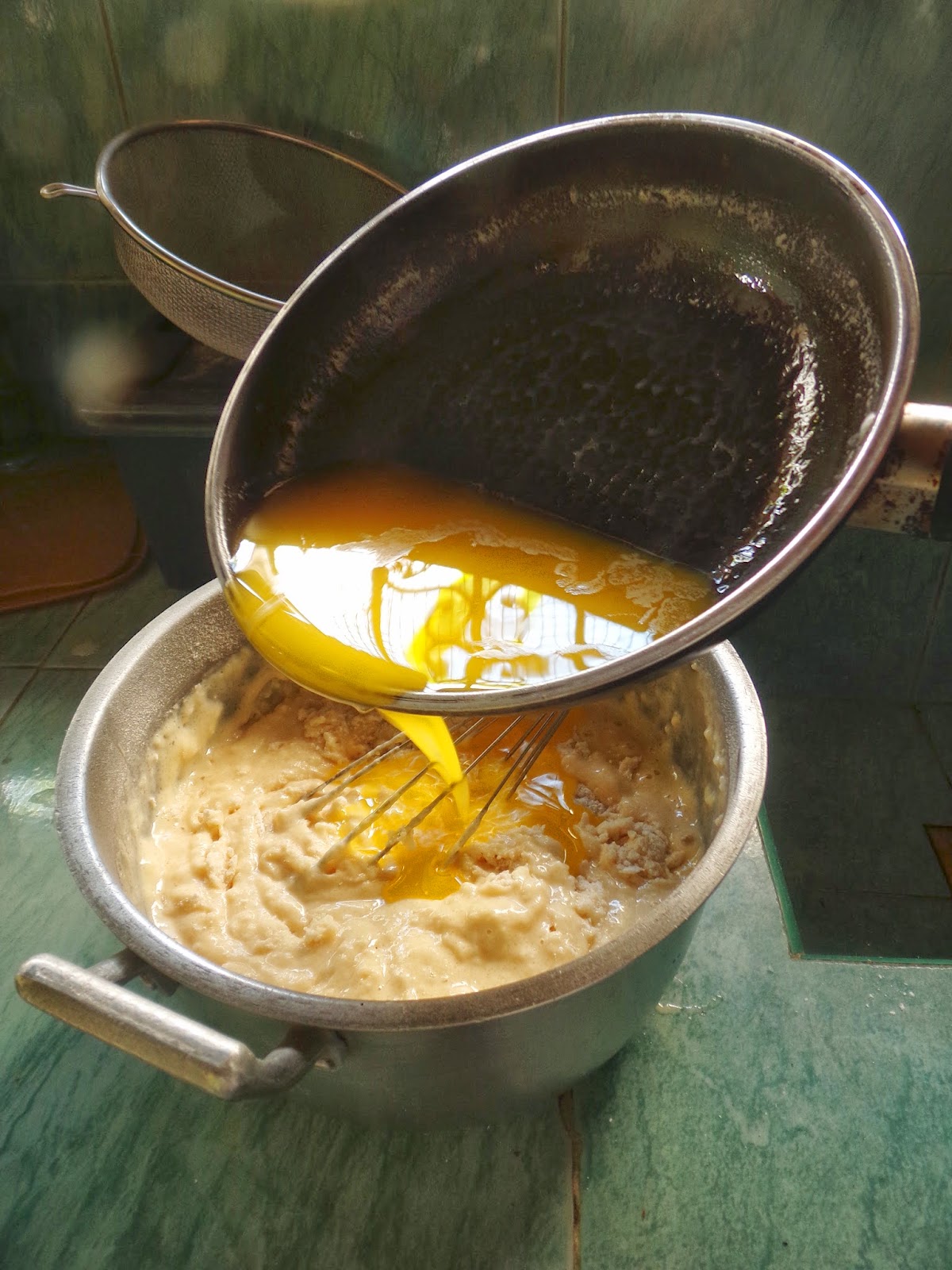 Scoop about 2 tablespoonfuls of the batter into the plastic cups or just fill it until 2/3 full.  I you desires to add sliced salted egg, this is the time to top it with salted egg. 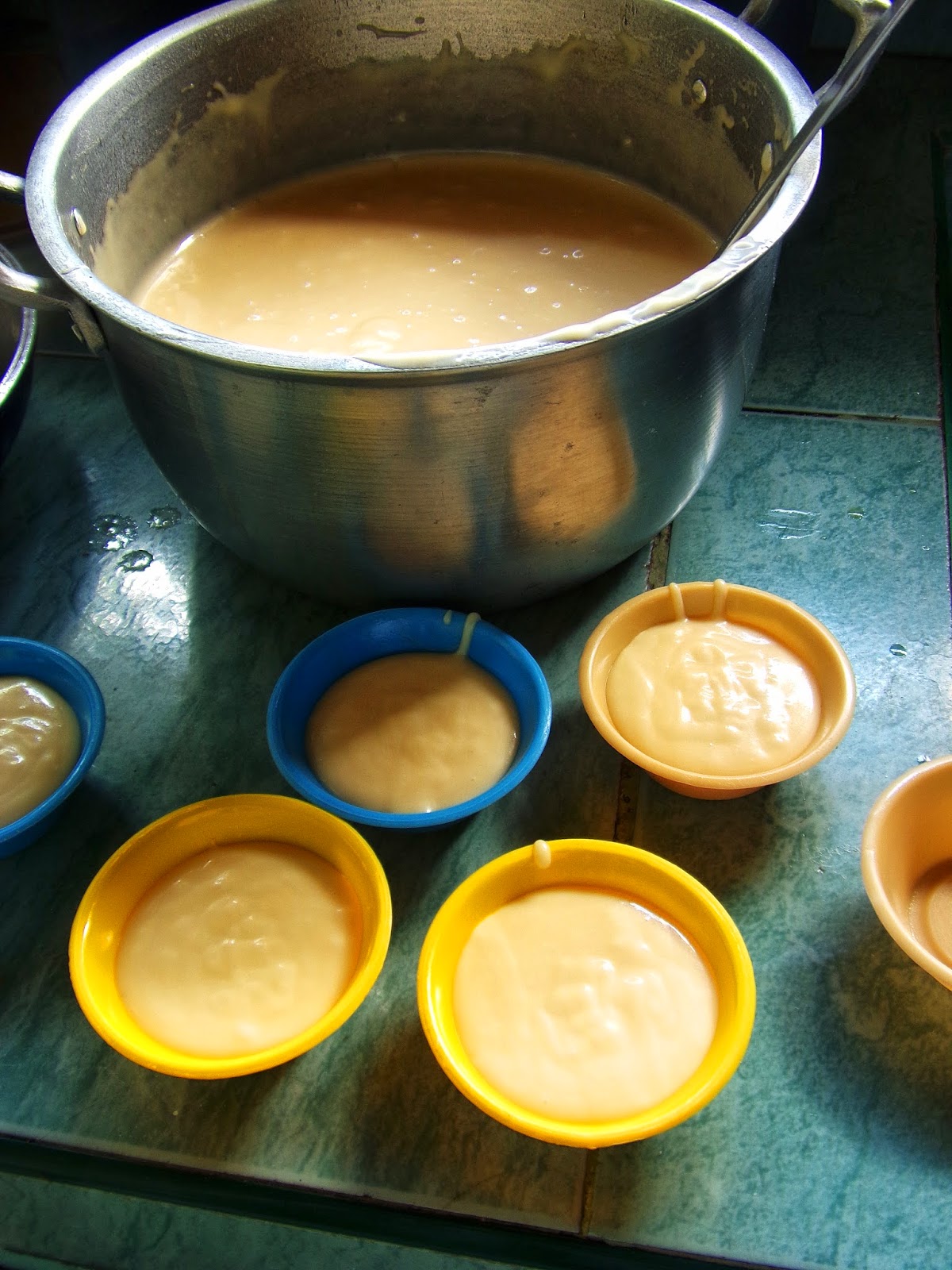 Steam for 20 to 25 minutes.  Do not forget to cover it with cheese cloth before putting the lid.  the cheese cloth will help to absorb the vapor.  We don;t want a soupy puto, do we?  Top with quick melt cheese and steam for another 3 to 5 minutes.  Cool for 5 minutes before pulling out from the plastic cups.