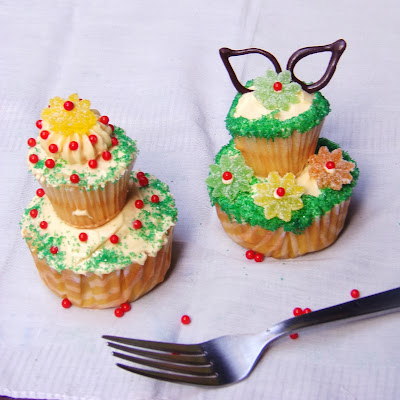 Two weeks ago something happened in our family.  It’s not a tragic one, I don’t know with my dad.  My sister announced that her boyfriend will mamamanhikan na.  Pamamanhikan is a Filipino tradition where in the couple formally announced to each others family their wedding plan and the time when the guy would ask the hand of the women from her parents.

It is the first time I witnessed this kind of tradition.  My mom called her sisters and brothers, and mind you, they are full force.  The guy also brought his family, uncles and aunties.  The elders and the couple were all in the living room.  Chit chatting about the wedding and what’s funny was, they were also the relatives of my cousin’s husband, all hailed form Batangas.  What a small world.

I felt my dad was the most affected as he did not sat around the group to discussed about the wedding.  He walks a lot and as if his butt will burn if he sat with the group.  I can’t blame him to feel that way, seeing your only girl getting married.  Anyway, he should be happy for he will have another son.

Everything is already been planned by the couple.  From the wedding date, dress, church and the sponsors.  I ask her if she has already a souvenir, and she said no.  This is my chance and volunteer to do the wedding favors.  Now the challenge is, I don’t know what wedding favors to make.  All I know is it must be bake and eaten.  It took me sometime to think.  Initially, I wanted a cheesecake on a jar for the godparents but then I settled with cupcakes.

As you know, I am not a baker or a pastry chef.  I’m just a simple home cook who has a terrible hand at decorating and zero luck in doing frosting.  I watched several youtube videos and pictures on wedding cupcake demos and designs and thought of doing a two-tier cupcakes.  The prayer, I hope I can execute it the way my brain sees it.  As decided to make a vanilla cupcake based on Joy of Baking’s recipe and a German Buttercream Frosting as it can withstand a warm temperature.  I’m also praying that this December will be a cold season so my frosting will not melt.

Last Wednesday, I went off to Chocolate lovers to buy some baking supplies and packaging for my cupcake prototype.  I bought some colored sugar, flower press, acetate canister, decorating pipe, icing bags and some jelly candies for decoration.  Sadly, they don’t have the silver candy beads so I bought a red colored candy beads just to visualize the overall design.

This Saturday, i woke up early, 10 am, that’s early for me.  I gathered my ingredients and bring out from the fridge the butter to bring it to room temperature.  I successfully baked my vanilla wedding cupcake.  I intentionally baked nine regular vanilla wedding cupcake and the rest of the batter will be for the mini cupcakes, which I was able to make 10 of them.  So one regular cupcake is about three pieces of mini cupcakes.  While the wedding cupcakes are cooling, I made the German buttercream frosting.  When everything were cooled, I whipped up my frosting into the cupcakes and made my first decorated cupcake.

How does its looks like?  Well, I really need to improve my decoration skills as the cupcakes looked like a Christmas giveaways.  I bet you’ll agree with me, right?  Anyway, this is just my trial 1 and there will be more trials to come to master this wedding favor. 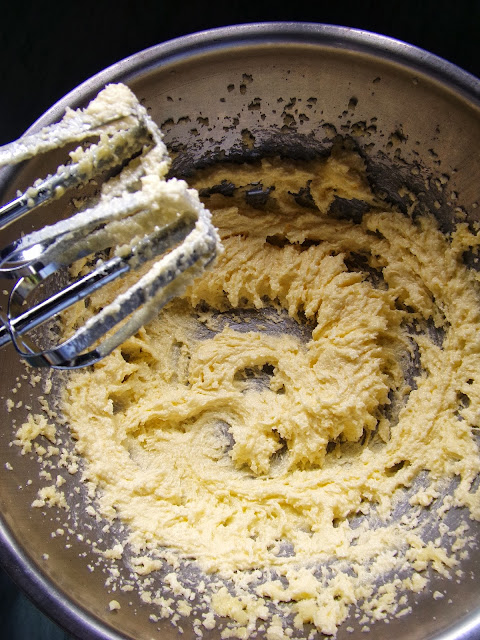 Preheat oven to 180 degrees Celsius.  Cream Butter and sugar until smooth.  Add eggs one at time and beating for 1 minute at medium speed. 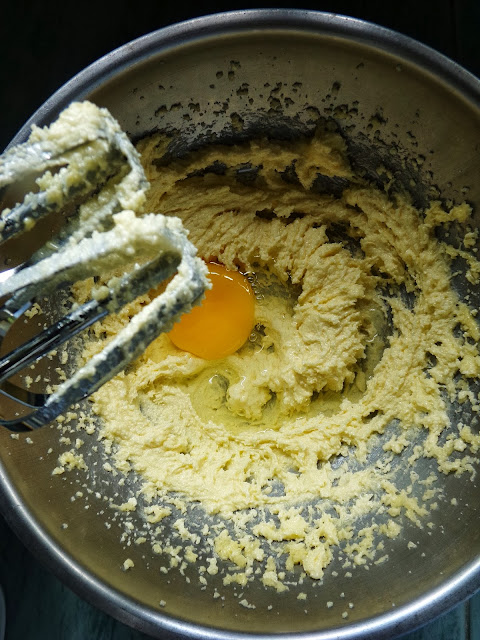 Add the vanilla extract and calamnsi juice and mix for another minute at medium speed until the vanilla is equally distributed. 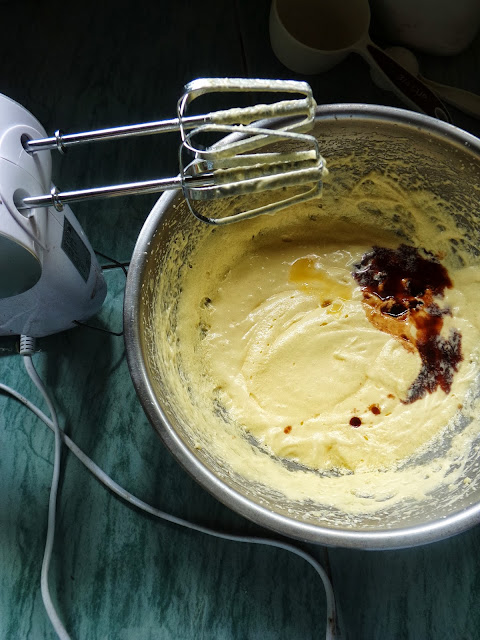 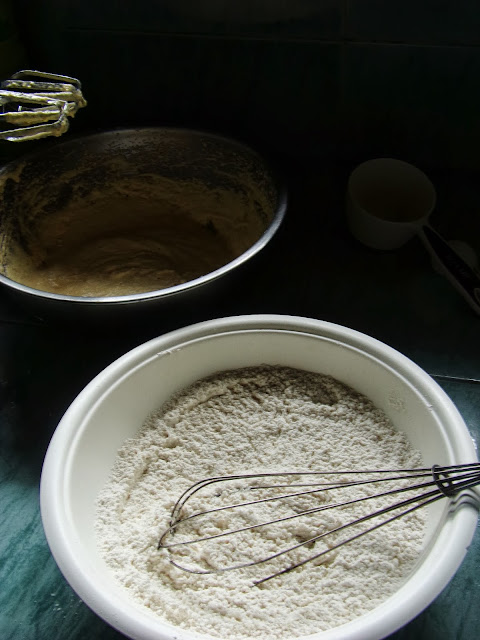 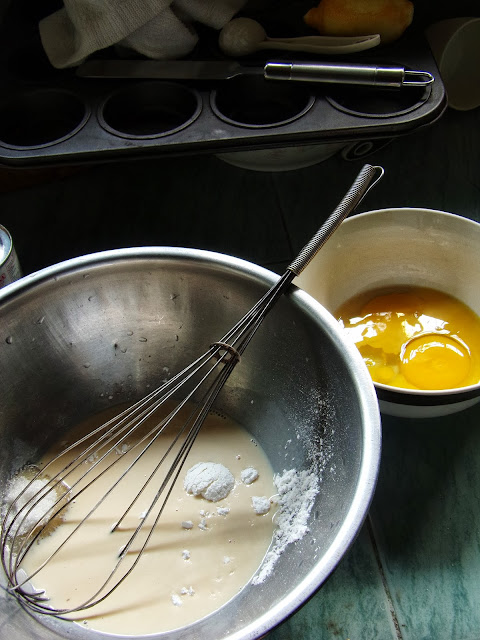 For the German buttercream frosting, combine milk, sugar and cornstarch in a heat proof bowl and mix until the mixture is free from lumps.  Heat the mixture until it starts to thicken.  Transfer 1/3 of the mixture into the slightly beaten egg and egg yolk mixture and mix well.  Then transfer the egg mixture into the sugar-cornstarch mixture and continue heating until the mixture is already thick.  this process is called tempering.  If the eggs are directly mixed into the hot sugar-cornstarch mixture, you will end up with a scrambled egg or a thick egg drop soup.  Remove from heat and continue mixing until the mixture reaches room temperature.  What I did was, placed a cling wrap on the custard mixture, ensuring that the cling wrap touches the every surface of the custard.  This will avoid the custard from forming a film.  Then I pop it in the fridge for an half hour. 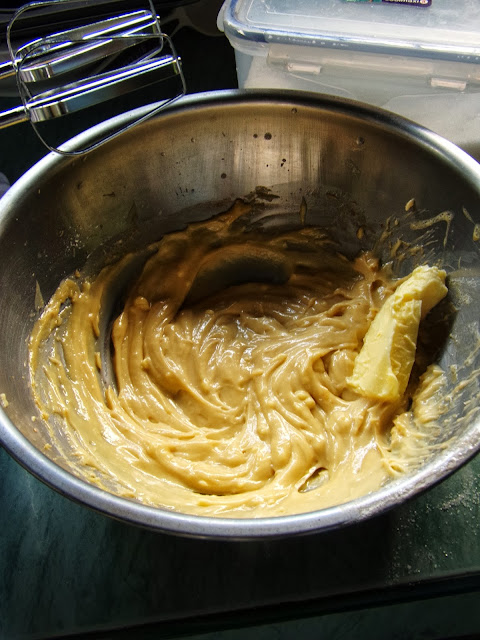 When the custard mixture is completely cooled, I beat the custard mixture using a hand mixer until it’s at room temperature and add the softened butter a couple of tablespoon at a time.  mix well until smooth and silky and there is no more lumps of butter on your frosting.  Add salt and vanilla extract.  When I added the vanilla extract, my frosting turned slightly darker yellow so maybe next time I’ll buy some vanilla bean, about a hundred peso per pod.  I also used canned evaporated milk instead of fresh milk so my frosting is more of a yellow side so I suggest to used fresh milk. 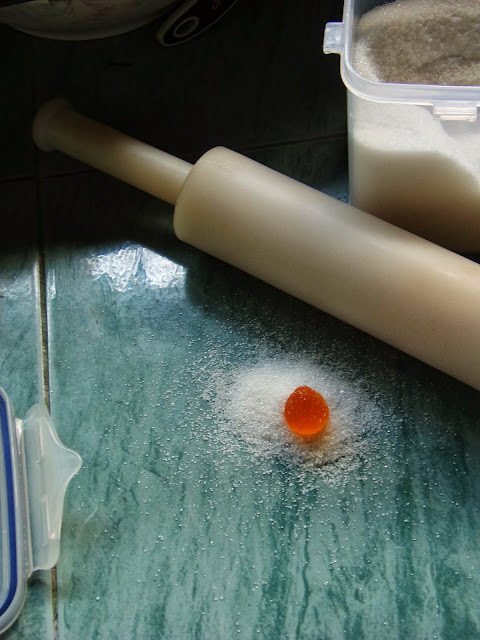 To make jelly candy flower, generously apply sugar on your working surface.  This is like rolling out dough, expect the jelly candy to stick on your surface or on your rolling pin. 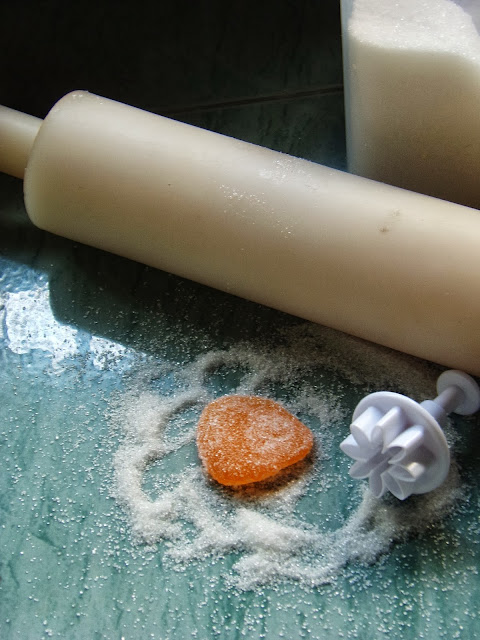 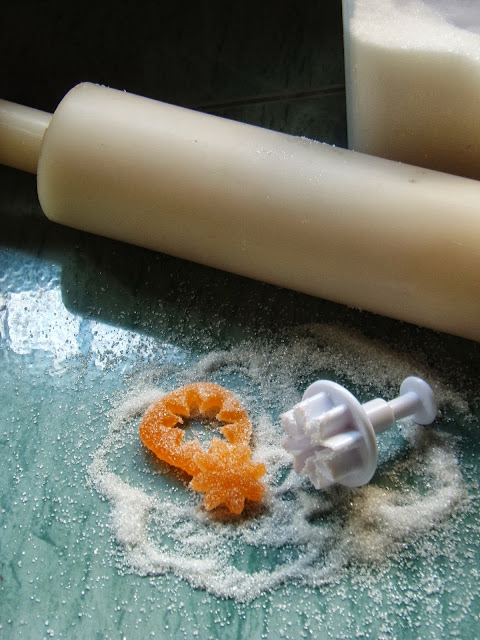 Using a flower stamp, which I bought for Php100.00+ from Chocolate Lovers, cut out the flower design. 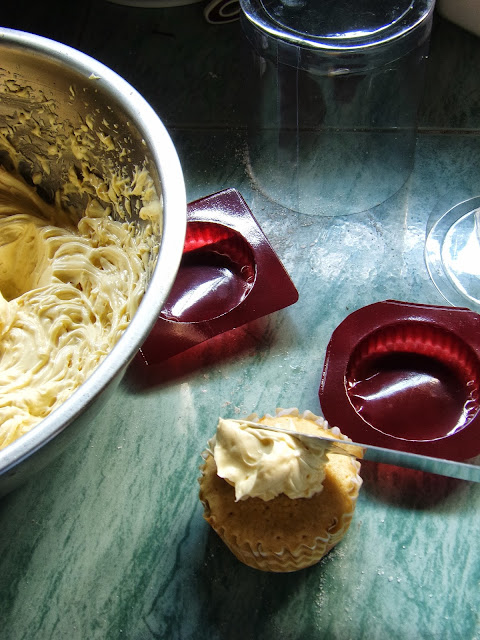 To design, spread those lovely German Buttercream Frosting onto the regular cupcakes and remove excess frosting.  Do the same with the mini cupcakes. 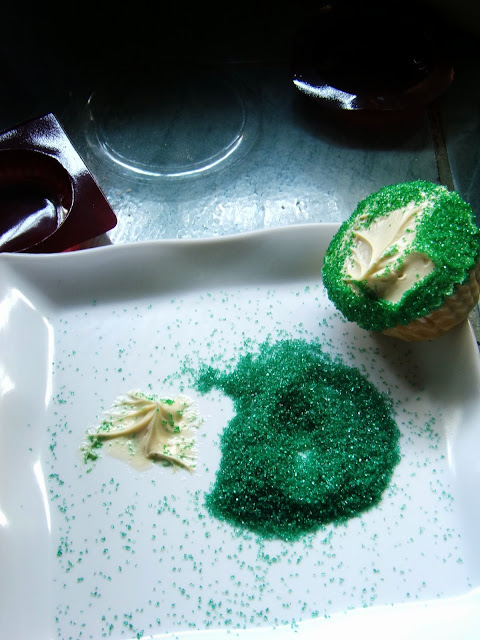 Roll the sides of the cupcakes and mini cupcakes onto the colored sugar.  Oops!  I dropped my cupcakes, see that smudge? 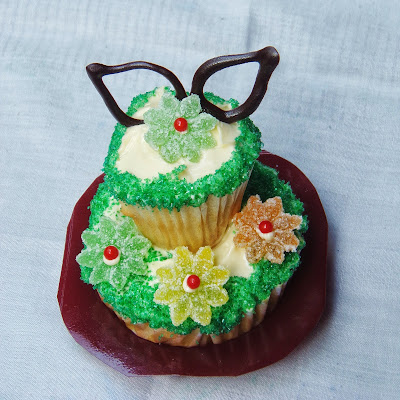 Stack the mini cupcakes at the center of the regular cupcakes and decorate the cupcake.  I did mine like the photo above.  I made those leaves out of melted chocolate and traced it on a parchment paper with pre-drawn leaves. 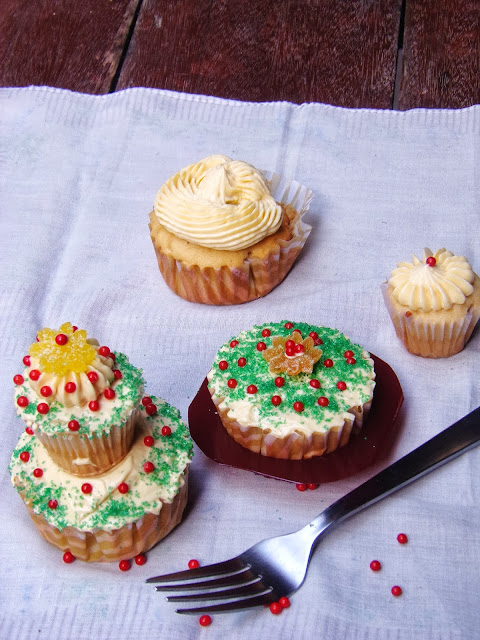 Since I baked some cupcakes with no other ideas in mind, my sister and I just played with it (played in a good way – decorate).  We were like children doing their artworks.