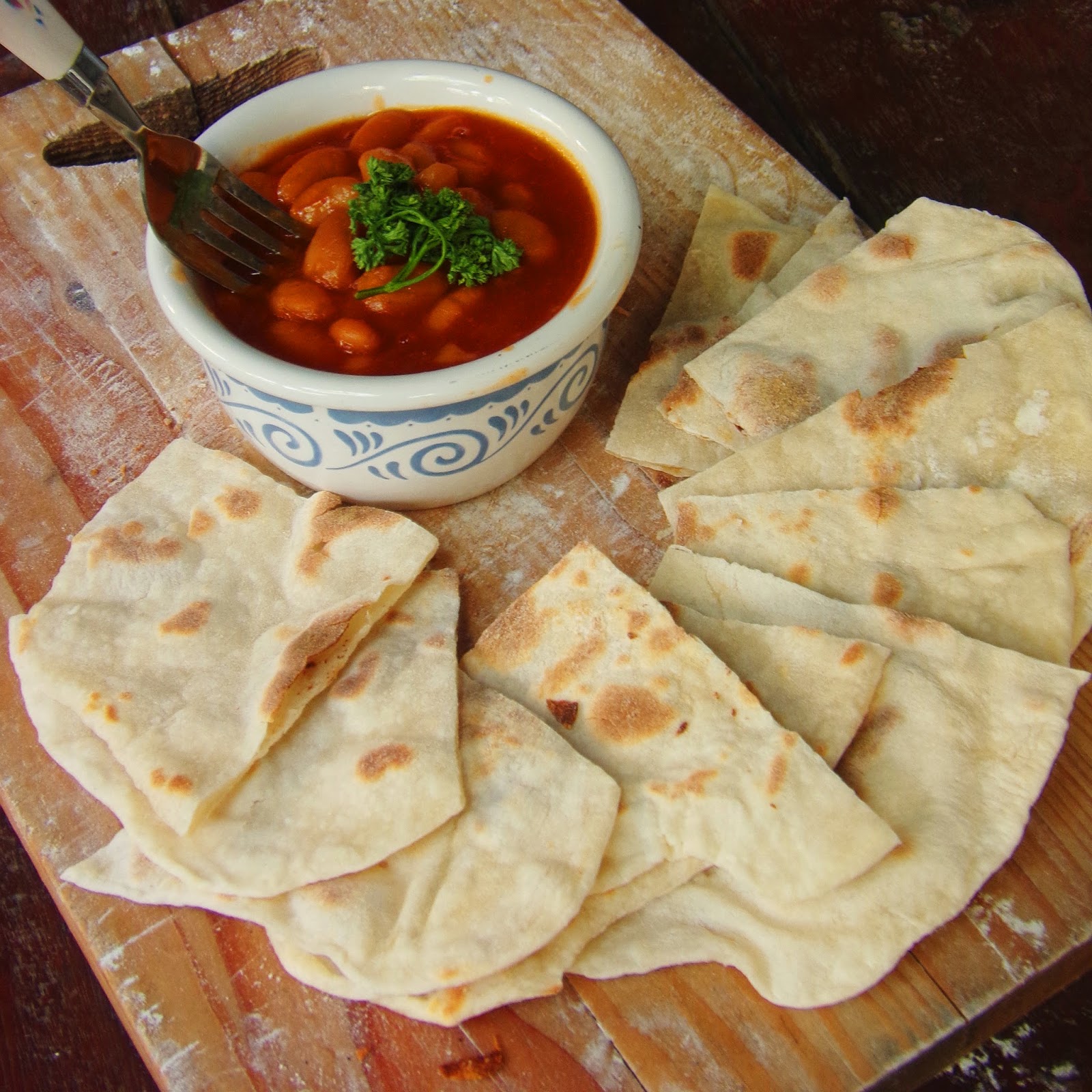 I had my total rest this afternoon to rejuvenate from one stressful week.  I was so laid back.  I just downloaded and watched some series, which has been in hiatus for two weeks now.  Then, hunger strikes me and searched our kitchen for possible afternoon snack.  To no avail, I found none.
I searched our fridge and saw this dough wrapped in a cling wrap and realized that its been a month that the dough is sitting in the freezer.  I brought it out to thaw and searched for possible ingredients and found this can of pork and beans given to us last Christmas.  Now I have my afternoon snack.

Originally, I wanted some pizza since the dough was a pizza dough I made a month ago.  However, I don’t have other ingredients at hand and I don’t want to fire up the oven this afternoon.  I quickly got an idea to turn this pizza dough into thin flat breads and simply dipped it in the canned pork and beans I found.

I divided the dough into eight dough balls and flatten it as thin as I can using a rolling pin.  I really don’t know what dough is this but when I roll it out and found it to be soft and elastic, I’m sure this is a pizza dough made of bread flour.  After I rolled the dough I simply pan grilled them on a pan until brown and crispy.  For the pork and beans, I simply reheat the content in a sauce pan and threw a teaspoon of cumin and that’s it.  Cut the flat breads into a quarter and dipped it in the pork and beans dipping and just enjoy the quiet afternoon.

Ingredients
Dough
Check out my Bacon and Mozzarella Thin Crust Pizza recipe.  Use half of the recipe.

Divide the dough into eight and flatten it as thin as you can.  To cook, place on a hot pan until golden brown and flip to cook the other side.  Cut the flat bread to quarter and served with the Pork and Beans Dipping.

For the Pork and Beans Dipping, place the content of the canned pork and beans on a sauce pan and add cumin powder.  Simmer for 5 minutes.

You can also ad bits of bacon to the Pork and Beans Dipping for added flavor.