A good friend of mine asked me to bake some brownies because his wife liked my brownie recipe.  Well, I also decided to baked a batch as an appreciation for giving me a 750g bottle of Nutella which I’m bugging him for months now.

This is a last minute change of recipe.  I initially planned on baking the original recipe but decided to baked a cheesecake brownie.  During my preparation of ingredients, I remembered the Nutella bottle he gave me which I’m only planning to devour as my dessert.  Then, I decided to try something new, how about Nutella Cheesecake Brownie.

The Brownie base for this recipe is that of the original.  I reduce my sugar to two tablespoons and added four tablespoons of Nutella in my cheesecake batter.  However, as my sister’s recommendation, I should have increased my Nutella as she can’t taste it in the brownie.

Melt together the chocolate, butter and salt.  Set aside.

Gradually add the butter-chocolate mixture and gently fold using a spatula.  Add the vanilla and mix again.  Gently fold in the flour.  Transfer in a 10 x 10 baking pan lined with baking paper.  Give it a few tap to remove the bubbles.

On a separate bowl, using a hand mixer, cream the cream cheese until smooth and creamy.  Add the egg yolk and mix until incorporated.  Add the Nutella and sugar and mix for another 3 minutes.  POur over the brownie batter.

Bake for 1 hour and 20 minutes.  Cool to room temperature before cutting. 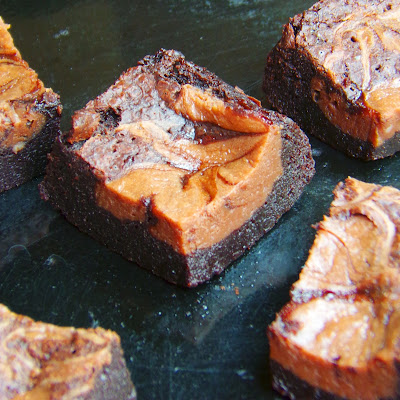